Hi - My Pixma MP560 now won't Power On -After switching on at the mains socket, I get 2 brief Green LED flashes, then it goes straight to solid Amber, and just stays there, with none of the Control panel buttons (on the printer) having any effect.

This has started since I followed the Canon Tech Service Manual (and Parts Catalog), disassembled as they instructed, cleaned the dreaded Ink Absorber, and reassembled - all following their instructions and cautions.
I've had the printer about 4 years, and then gave it to my Dad - who's had it about 3 years. It's used maybe an hour per day. It's always been run on (mostly) Printhead compatible cartridges - without any problems.

So far I've checked the connection of the Power supply unit, and harness, double checked the connections to the Logic board are the same as before I disassembled - took photos - and checked that they all seem properly physically connected. I have cleaned the printhead, and also tried powering on with it removed - same result. Also tried holding down the Stop/Reset button with the Pwr button, then switching on - no difference.

I have just noticed that there is a tiny green LED - Simply marked LED 1 on the PE Sensor board - this doesn't appear to switch on - If it's supposed to!??

From what I've read, the answer seems to be most likely a fried - or at least faulty Logic board. I'm used to working on desktops- replacing mobo's etc and took anti-static precautions with the board - when it was out of the machine it was in an A/S bag - but I get how sensitive these things are!

I've just put in a couple of pix of the Logic board - just in case I am going mad, and someone spots an obvious screw up - All helpful ideas most welcome and will be very gratefully received - I haven't the faintest clue how to actually test the Logic board for continuity etc - or if such a thing is even possible! (Doh!) 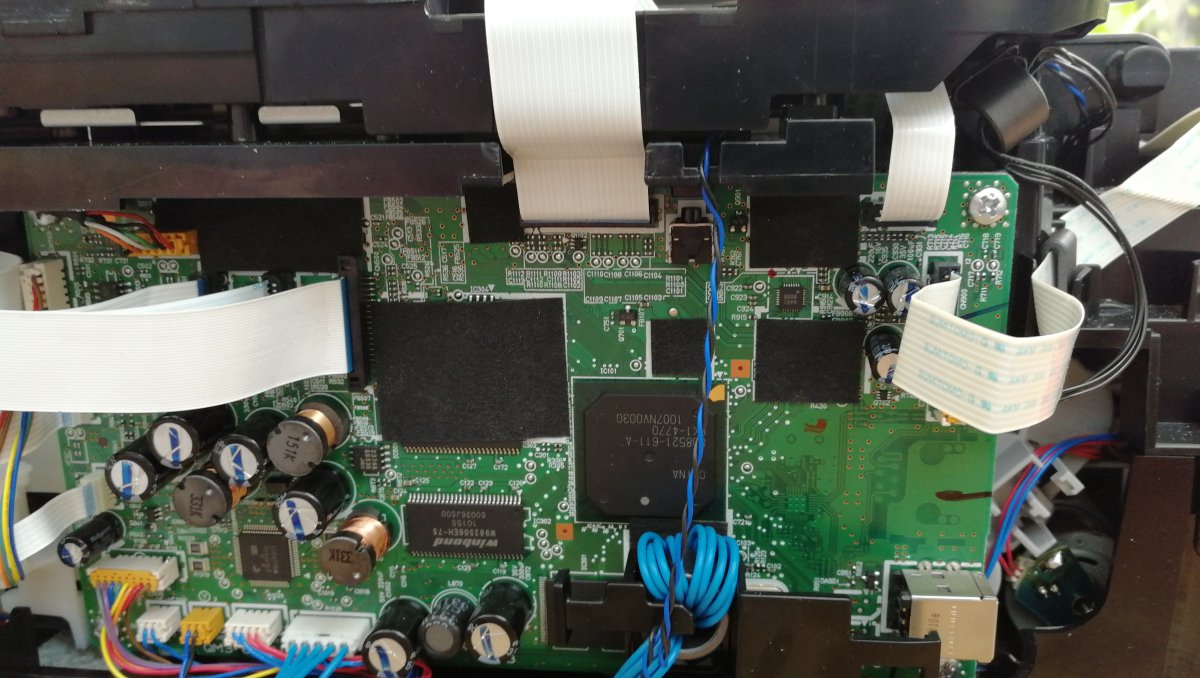 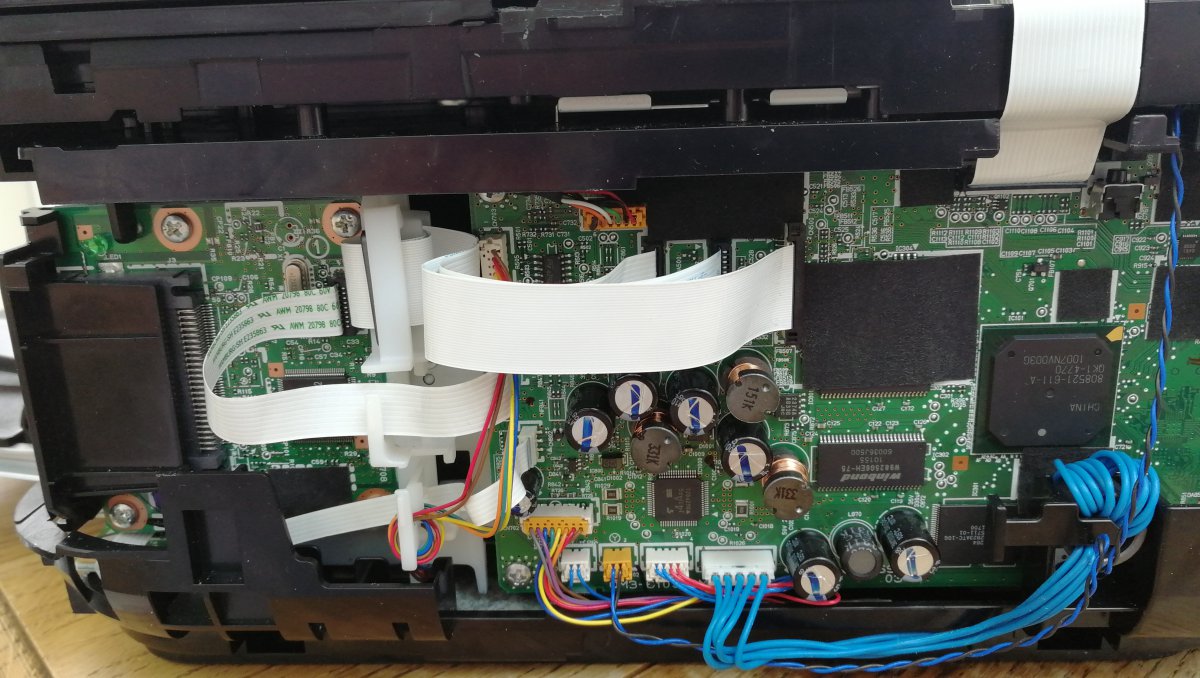