It appears to be using yellow ink for something though, because I've had to replace the yellow ink cartridges only a little less often than the others. That could be partly due to choosing the option to mix colored ink to make black ink when black ink gets low...but I don't think I do that very often. I think this may have been a problem for awhile and it's just never been particularly important until now.

It used to print fine in yellow though.

I've done a few print head nozzle checks and it prints out the red and blue lines as it's supposed to....but what are supposed to be the yellow lines are either totally absent or bits of blue or red.

I'm wondering if something's clogged...but I'm not sure. I don't want to mess around with the thing too much yet.

Just imagine that the purple is red. It being purple has something to do with the file being moved into a new computer. It showed up red after I originally scanned and printed it.

Thanks in advance for any comments. 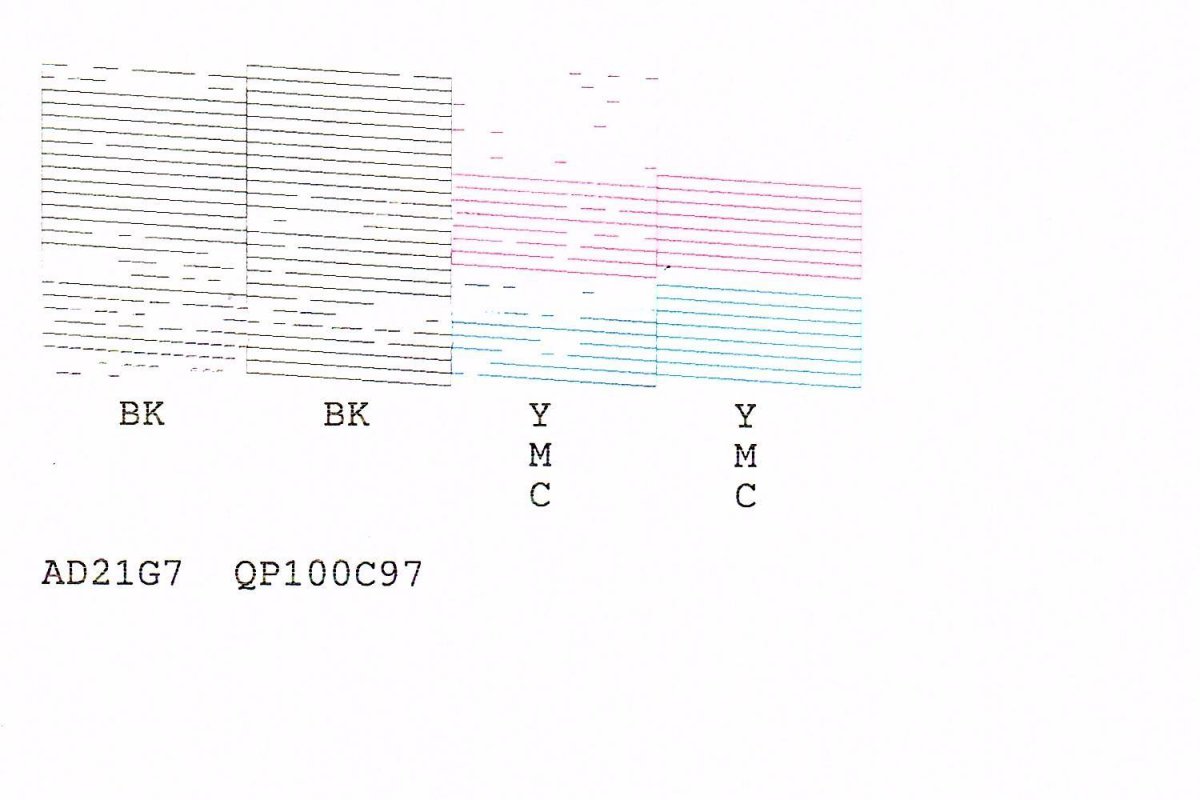